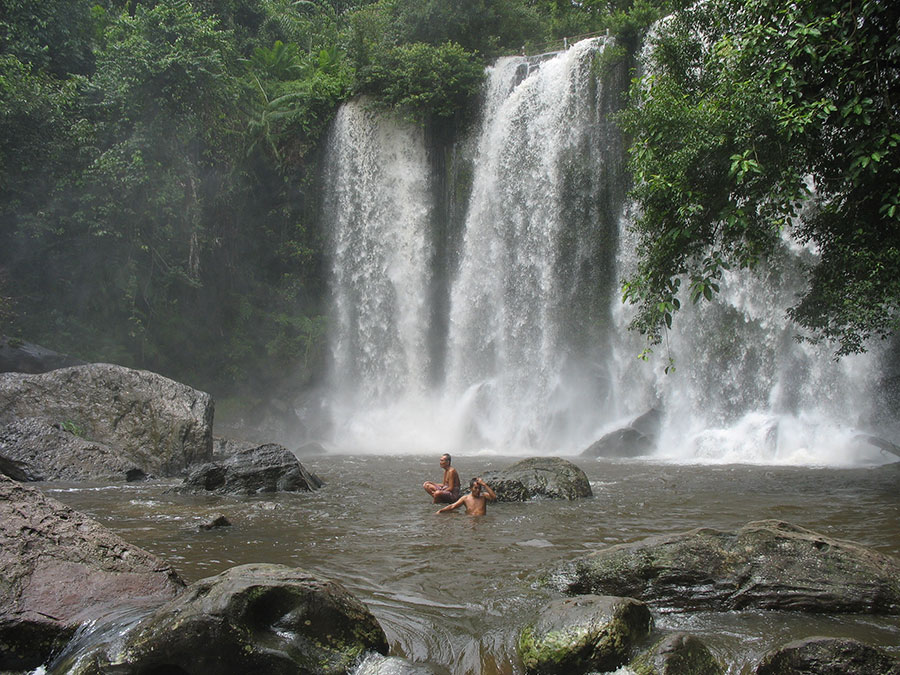 An excursion to the waterfall on the Kulen Plateau is a great opportunity to see the nature of Cambodia and to understand a little the history of the emergence of the empire. The stories of a professional English-speaking guide will be particularly interesting. You have to visit the sacred place where the Khmer Empire originates from. This place has special religious and historical significance for Cambodians. Phnom Kulen is a mountain range located 60 km from Siem Reap.

This place was the first capital of the Khmer Empire. The River of a Thousand Lingams flows through the plateau, ending with a sacred waterfall. It is believed that bathing in a waterfall allows you to charge luck and power of the ancient gods. Shiva, Vishnu with his numerous wives and other gods of Brahma are depicted in the form of symbolic images on the bottom with clear water. The first capital of the Khmer Empire, Mahendrapur, was founded on the plateau by King Jayavarman II.

This tour is only available in the morning, the mountain road is one-sided, and in the morning the movement is carried up, and after 1 pm back from the mountain. To visit Phnom Kulen, you need separate tickets that cost $ 20. There are three main places to visit on the plateau: a waterfall, the River of 1000 Lingams, Preahangth Monastery with the Reclining Buddha. 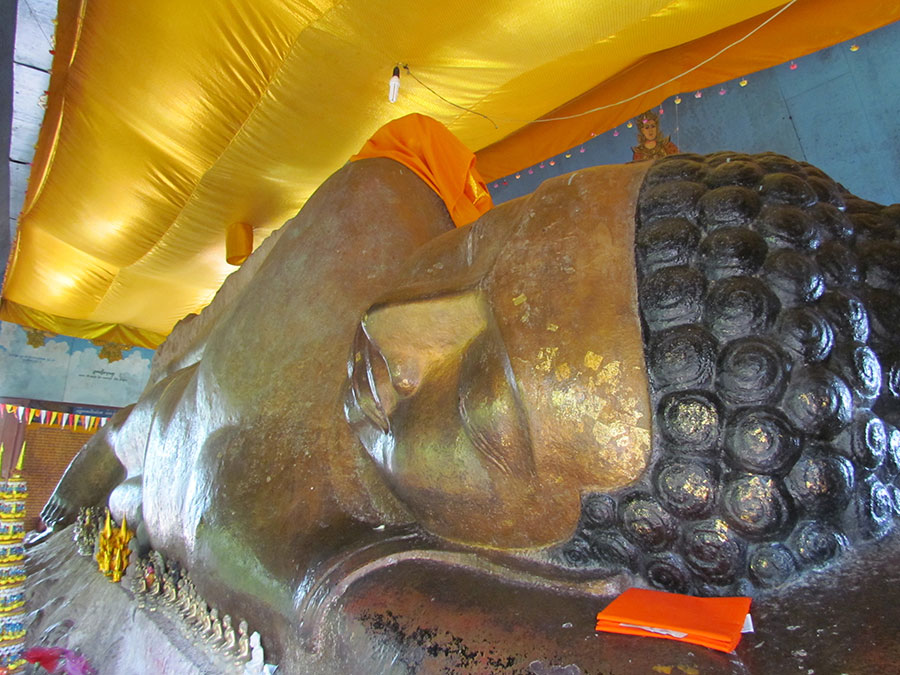 The highest point of the plateau is 487 meters above sea level. There is an eight-meter statue of the Reclining Buddha here; it was carved from a huge boulder in the 16th century. At the foot of the statue there is Preah Ang Thom Buddhist Monastery, built in the 16th century. A picturesque stone staircase leads to it.


The River of a Thousand Lingams 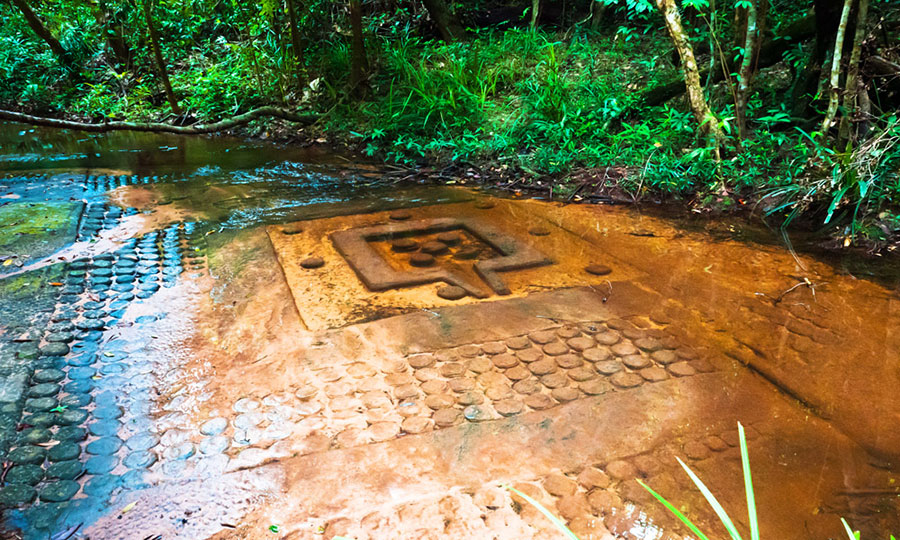 The bottom of the sacred river is carved by ancient lingams (phallic symbols). The creation of symbols dates back to the time when people from India appeared here, that's why the river was called "Thousand Lingams ". 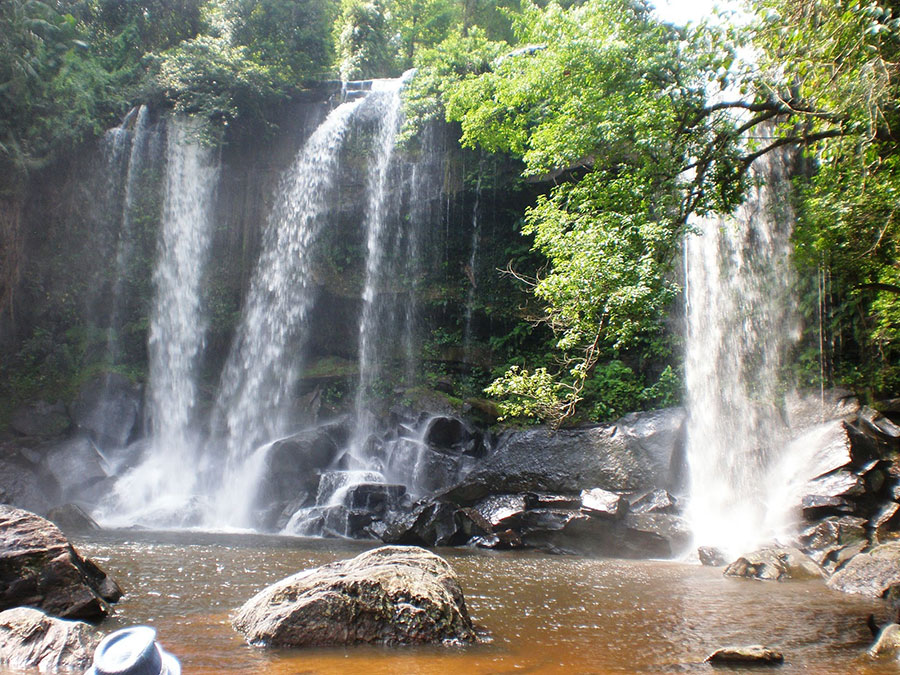 Downstream there is a waterfall, at the foot of which you can swim and rejuvenate. The height of the waterfall is about 45 meters. On the spot you can change into a bathing suit (in a special booth for a nominal fee) and swim in the pond. The water is clean and cool, especially bold people can climb on slippery boulders and stand under a waterfall. Bathing in the river is really refreshing and only the most fresh and positive emotions remain from this excursion.

For excursions, a car or a minivan is provided depending on the needs. At lunchtime, usually after visiting the temple, by the river, near the waterfall, you can order a delicious lunch in a traditional Cambodian restaurant.

In addition to this tour, after its completion you can visit the complex of tamples in Bengmelea. It is located nearby, and it may be appropriate to visit the Kulen Plateau and the Bengmelea tamples in one day. This is an ancient temple of the 12th century, similar to Angkor Wat, but held captive by the jungle and not much renovated.

- Transfer from a hotel and back
- Transport: a car or a minivan
- Professional English-speaking guide services
- Bottled water
- Cold towels

Ticket to Kulen Park. Ticket price is $ 20 per person.
Dinner. Approximate cost is $ 5 per person

Clothing for visiting tamples should cover the shoulders and knees of women. The descent and ascent to the waterfall is performed on a fairy step ladder, and on the plateau you will have to walk a bit, so be ready for hiking.

Hello! My name is Ho Horn and I will arrange for you a taxi and tours in Cambodia and Thailand 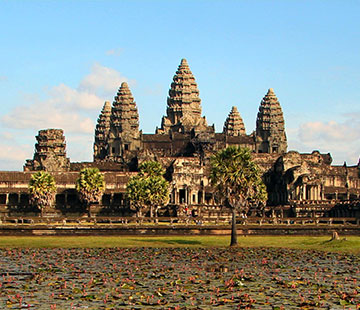 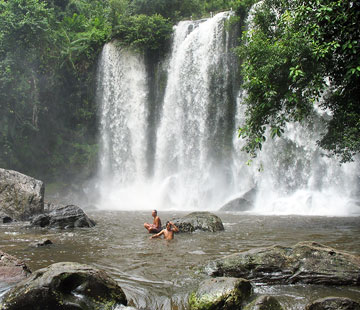 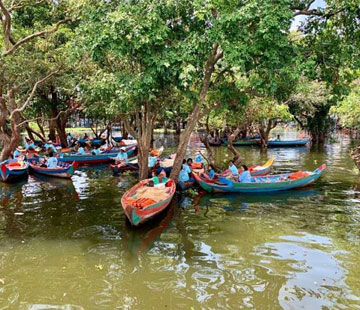